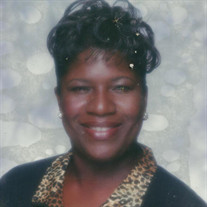 On October 02, 1960, the Heavens rejoiced when Shelia Diane Williams came to this earth. Leroy Cruise Sr. and Edith Pearl Williams were the vessels God used for this miracle. She was 1 of 6 children. Her parents believed and stood firm on what Proverbs 22:6 states, “Train up a child in the way he should go: and when he is old, he will not depart from it (KJV). They instilled obtaining an education not only for personal benefits but also for spiritual edification. She accepted Christ at an early age while attending St Paul’s Temple Church of God in Christ under the leadership of Elder John Paul Ellis, currently known as Ellis Memorial Church of God in Christ. She participated in Sunday School, combined choir, usher, and young people willing worker (YPWW). She attended Highland Heights Elementary, M. C Williams High School. Graduated from Booker T. Washington Senior High in 1979. After graduating from High school, she attended and completed Texas Para-Legal School in Houston Texas on September 11, 1981. She wanted to do more than help people in the court room, therefore she joined the United States Air Force to protect our country. She completed basic military training at Lackland Air Force Base located San Antonio, Texas. She continue on to complete the Air Force Law Enforcement Specialist course, before transferring to her first duty station at Laughlin Air Force Base in Del Rio, Texas. She protected the community and our nation honorably for 6 years. While assigned to Laughlin AFB, she met another Airman who would become her soul mate - Clarence James Jr. They became one on August 8, 1987 and remained inseparable for thirty-four (34) years - till the end. Shortly after serving our nation and community for six (6) years, Sheila earned an honorable discharge from the Air Force and began teaching young students at Bible Way Christian Academy. The student ages ranged from pre-Kindergarten to sixth grade. Despite a vehicle accident in 2009 that left her an incomplete-quadriplegic, for two decades Sheila skillfully imparted academic knowledge and spiritual understanding in the classroom that still positively impacts the lives of those students and families.   Sheila was also a member of the Texas Chapter Paralyzed Veterans of America and participated in several projects. Her first project was the Veterans Administration National Wheelchair Games in Denver Colorado. On October 7, 2011, Sheila received the Spirit of the Games Award. The award is an expression of deep appreciation for sportsmanship toward fellow athletes at the 2011 Games. Later Sheila participated in the Veterans Administration Ski Camp in Vale Colorado. Where for three-days, she was skiing up and down the slopes of a ski lodge in Vale Colorado tethered to a professional ski instructor. Shelia and her husband are faithful members of Del Rio Christian Fellowship Church (DRCF), under the leadership of Pastors Tom Sondag and Pete Talamantez. Her and her husband remained faithful member until God called her home. At DRCF, Sheila participated in the Ladies Ministry as an attendee, under the leadership of Mother Lori Sondag.  Sheila was also a strong supporter of Del Rio for Life, a group of individuals joined together to help defend human life.   Sheila was proceeded in death by her mother Edith Pearl Williams, her mother in love, Johnnie Ruth James, sister, Stephanie Marie Williams Cotton, and brother, Lionel Williams. She leaves to Cherish her legacy and celebrate her life: her spouse Clarence James Jr.; her sons, Zechariah James, Cory James and wife Julia James, their newly arrived granddaughter, Noel Diane James; God Children:  Rachel, Pete Anthony, and Nathan Talamantez, Alice Brown, and Neveah Faith Rodriguez, father, Leroy C Williams Sr; step-mother, Muerline Williams; father-in-love, Clarence James Sr., who resides in Tampa, FL; brother Leroy C. Williams Jr. and wife Tawana Williams; sisters, Debra Porter, and Mary Lofton and husband Emanuel Lofton, and sister-in-law, Ruth Carmel Wilson, who resides in Maryland; Sheila is also survived by a host of other family and friends. By/Author: Mandora Thomas (Cousin) Visitation is scheduled for Monday, December 13, 2021 from 6 to 8 p.m. in the Trinity Chapel of Faith. A Celebration of Sheila's Life will be held on Tuesday , December 14, 2021 at 9 a.m. at the Del Rio Christian Fellowship Church, located at 115 Wildwood Dr. Burial will follow at Sunset Cemetery. Full military honors will be rendered by the United States Air Force Honor Guard and the American Legion Honor Guard Post #595; Pallbearers will be: Nathan Talamantez, Pete Anthoy Talamantez, Eric Williams, Marco Salas, Robert Wade, and Isai Prieto; Honorary Rob Johnson & Romero Aguero; Ushers: Lazer Sanchez and wife Rosie Sanchez, Angel Vargas, and Gabriel Hernandez; Parking Attendants: Iglesia Camino Vida Y Verda.

On October 02, 1960, the Heavens rejoiced when Shelia Diane Williams came to this earth. Leroy Cruise Sr. and Edith Pearl Williams were the vessels God used for this miracle. She was 1 of 6 children. Her parents believed and stood firm on what... View Obituary & Service Information

The family of Sheila Diana James created this Life Tributes page to make it easy to share your memories.

On October 02, 1960, the Heavens rejoiced when Shelia Diane Williams...

Send flowers to the James family.